Friends, it’s good to see you and I’m reporting from a gray, cozy morning here at the SpragueLand Office of Propaganda. After the recent rad fun Alison Krauss livestream show we made another attempt with a night of music from the Danny Green Trio. The band was in high form, prepped and ready and then we launched into the dangerous realm of overloaded Cox bandwidth complete with unacceptable buffering issues, finally throwing in the towel two songs in.

I can’t tell you how bummed I’ve been after putting so much into the idea of live streaming. It’s been my main focus and now, at the very core of it all, internet upload speeds are super compromised and threatening our complete livestream platform of sharing music.

I’ve been in the loop with Cox Communication (the only option here in Encinitas) and the basic truth is that the bandwidth is stretched too thin. Everyone is Zooming, working and schooling from home and there’s too much internet traffic to sustain reliable upload speeds for a music/video livestream. They said there are plans in June to modify the “node” that handles our internet and things may see an improvement then. I’m hoping for that.

Another option, which seems crazy, is connecting Steve’s cellphone to the video switcher and then actually uploading the livestream data with his cellular connection. Wicked! On a 20 minute test that we ran yesterday it worked with very few errors.

In what world would cellphone connectivity be more reliable than a wired internet connection? Hey Cox Data Lords, are you hearing this?

So the plan is more test runs and then hopefully we’ll restart the shows in early May. I’ll keep you in the loop.

In addition to running PingPlotter and trying to get to the bottom of data flowing through the internet, I’ve been arranging and rehearsing Stevie Wonder’s music for a show that’s filming this week and later airing on YouTube. In the Key of Life — The Music of Stevie Wonder features Camarada with Rebecca Jade singing up a storm, Beth Ross Buckley on flute, Bridget Dolkas on violin, Danny Green playing piano, Gunnar Biggs bassing it, Duncan on the drums, and me slinging the guitar. We’re having a ton of fun and here are the details if you want to attend the actual filming (at the Conrad in La Jolla) or watching the show on YouTube. 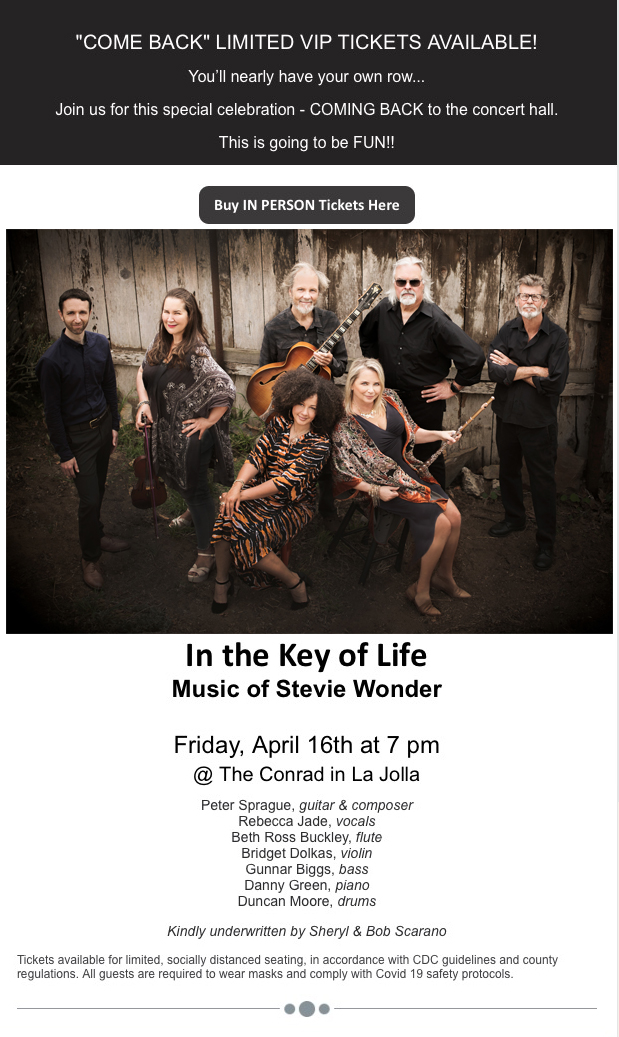 My good friend and soulful vocalist Lisa Hightower has a livestream show that she’s put together with the creative kids at Teri — Campus of Life. She does fantastic music therapy with people with intellectual or developmental disabilities and for this show she has the whole posse in the loop singing, acting, and dancing. Click on the poster for more details. 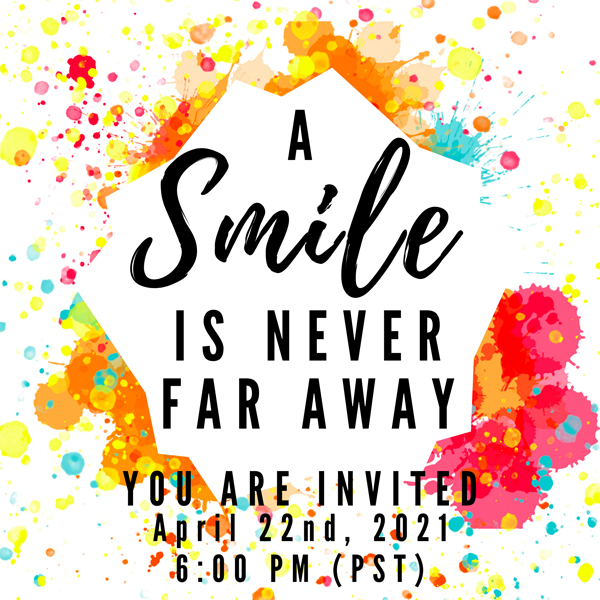 Starting in 2012, UNESCO with legendary jazz pianist Herbie Hancock designated April 30th as the International Jazz Day (IJD) in order to highlight jazz and its diplomatic role of uniting people in all corners of the globe, promoting peace, diversity, and respect for human rights and human dignity; eradicating discrimination; promoting freedom of expression; fostering gender equality; and reinforcing the role of youth in enacting social change.
Here’s the IJD website.
I’m joining Allison for a song as she broadcasts live from San Diego, California with performances by 15 jazz artists in 10 cities (and 6 time zones) around the world.
Here’s the link for the show.

Thanks friends for tuning in and always yours in the upload, love, Peter