“As ambitious a recording project as jazz guitarist Peter Sprague has tackled, the first CD from his Peter Sprague Jazz Consort seamlessly-and, it seems, effortlessly- takes in both jazz and classical, recalling the heyday of efforts to marry the structure of European classical music with the free-wheeling improvisation of American jazz. Not just straddling what are generally considered disparate styles and traditions, but blending them into a new whole, Sprague and his colleagues have crafted their own entry in the short list of projects that have succeeded at creating a common ground.”
Jim Trageser
North County Times
December, 2009

“It is the inspired repertoire and Sprague’s arrangements along with his guitar that make this a particularly successful release. He displays his versatility in his solos and his writing keeps the music continually interesting and unpredictable.”
Scott Yanow
L.A. Jazz Scene
December, 2009

“As on his 2008 disc, PS Plays Solo, Sprague is so technically flawless and versatile that the listener may tend to forget that he is one of the very best jazz guitarists out there. The use of a string quartet on an entire disc is also a stroke of genius; this music is different.”
Erick Pettersen
San Diego Troubadour Newspaper
December, 2009

The Peter Sprague String Consort is a gathering of two different worlds — a group comprised of a classical string quartet and a jazz trio. The two worlds come together to explore a soundscape rich in harmony riding on the rhythmic pulse of the Brazilian samba and jazz swing. Peter is the main composer for the group but the band also plays a few pieces written by Chick Corea and also a new arrangement of Bach’s “Prelude No. 9” from the Well Tempered Clavier. If you’ve never heard the sound of 26 strings and 3 cymbals resonating together inside the world of jazz dancing with classical, then open your ears to this new aural experience.

History of the Consort

When I was 20 years old and in the late 70’s, pianist Butch Lacy had a group in San Diego that was made up of a string quartet along with bass, drums, Butch on piano, and myself on guitar. Butch wrote the music and with this group came my first experience playing with string players in a chamber music setting. I loved the blend and I dug the possibilities of this instrumentation.

In the mid 1980’s after hearing Chick Corea’s group with Gary Burton and a string quartet, I decided to explore this style of music through creating a group of my own. I took off some time to compose and eventually came up with a body of music. The first incarnation of the group included Mary Karo and Randy Brinton on violins, John Stubbs on viola, Mary Lindbloom on cello along with Bob Magnusson on bass, Duncan Moore on drums, and myself on guitar. Here is a photo of the early group at a recording session. 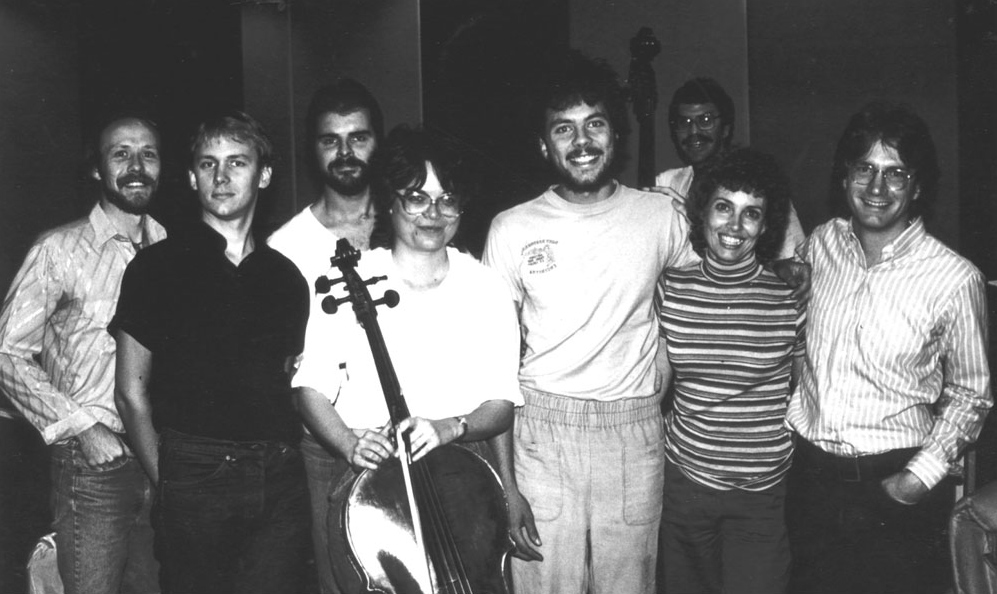 We played with this group on and off for a couple of years and then we went under the radar until a 1990 show at Cal State San Marcos. The group was basically the same except Hernan Constantino replaced Mary Karo, Kevin Hennessey replaced Bob Magnusson and Ron Wagner replaced Duncan Moore. After the concert we recorded my composition “Amadeus” for my Soliloquy recording.

This leads us to the current band. Duncan and Bob are back in the group along with an exciting new string quartet led by violinist Bridget Dolkas. I’m thrilled with the way the Consort sounds and I’m inspired to keep the revolution alive. Here is the cover to our first recording called The Wild Blue. 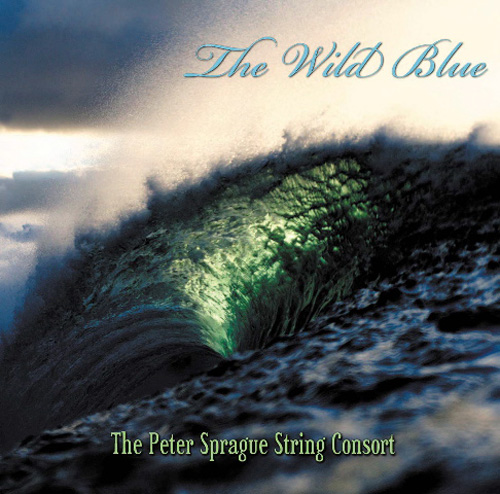 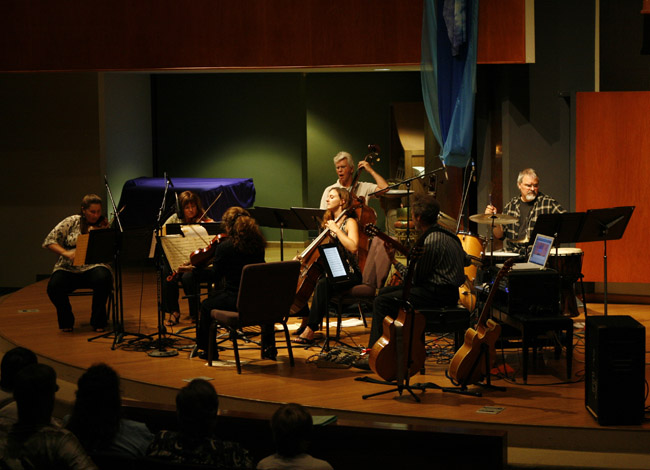 All photos by Stan Skrocki except the vintage old photo. Not sure who took that one…